We were recently asked if we would like to go to our local Build-A-Bear shop to build our very own bear.
Of course we said yes! Who would miss such a great and fun opportunity.
We visited the Exeter branch. When we arrived we were greeted by the lovely Starla, who would guide us through the steps of making the bear. 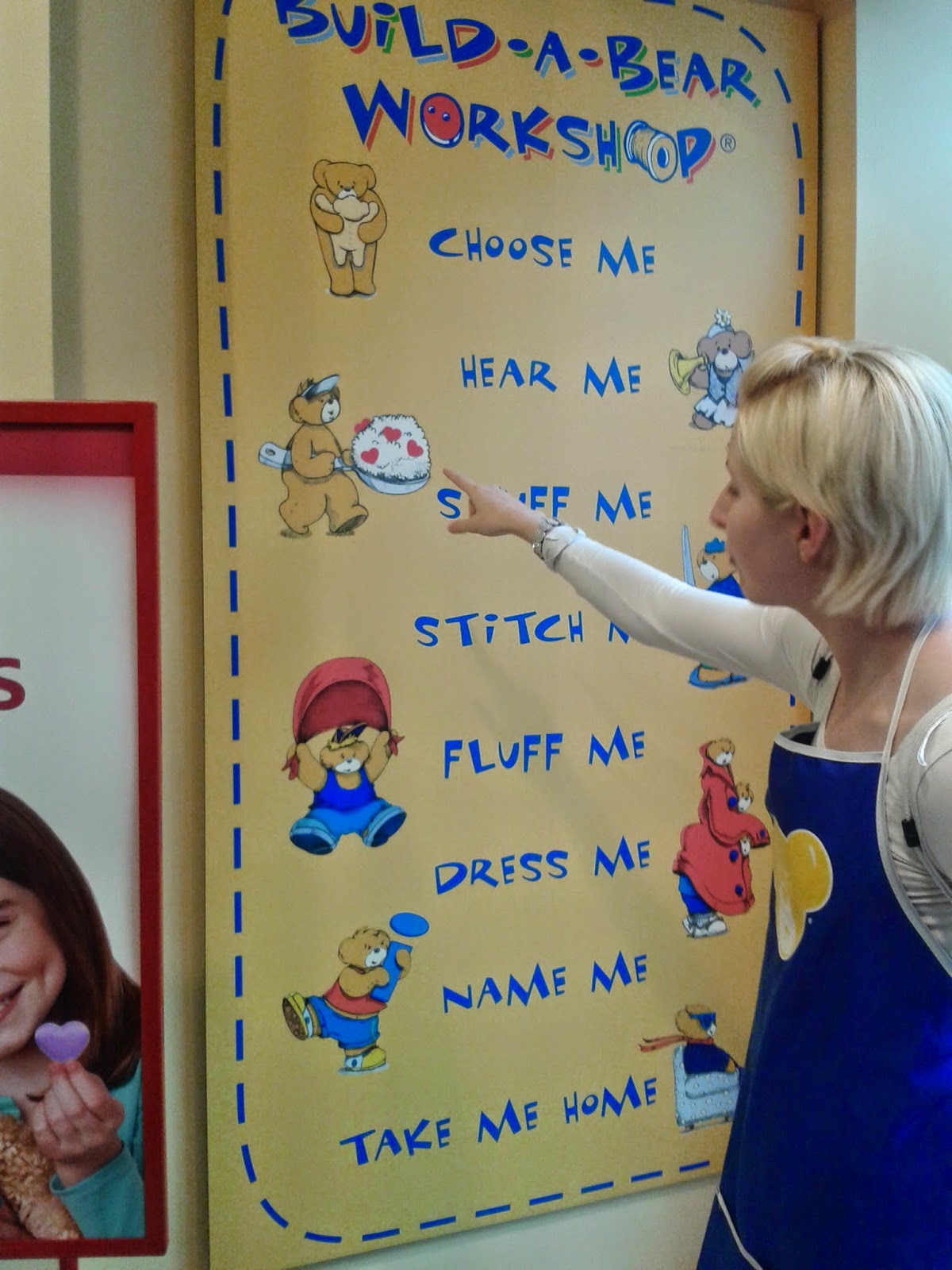 Tommy and Bethany were first asked to pick the bear they would like to make. 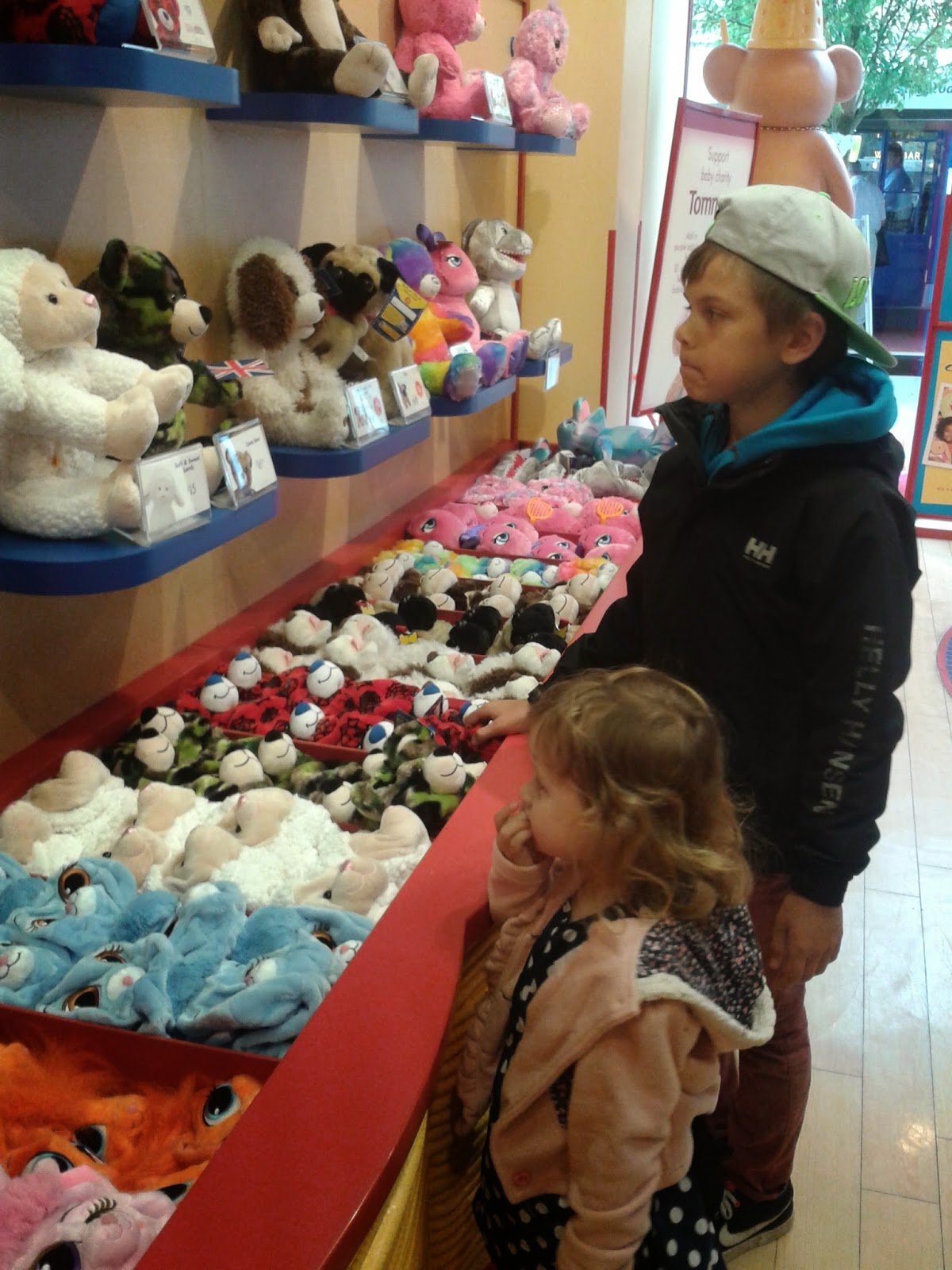 Tommy chose a Monkey and Bethany chose the Purple My Little Pony! 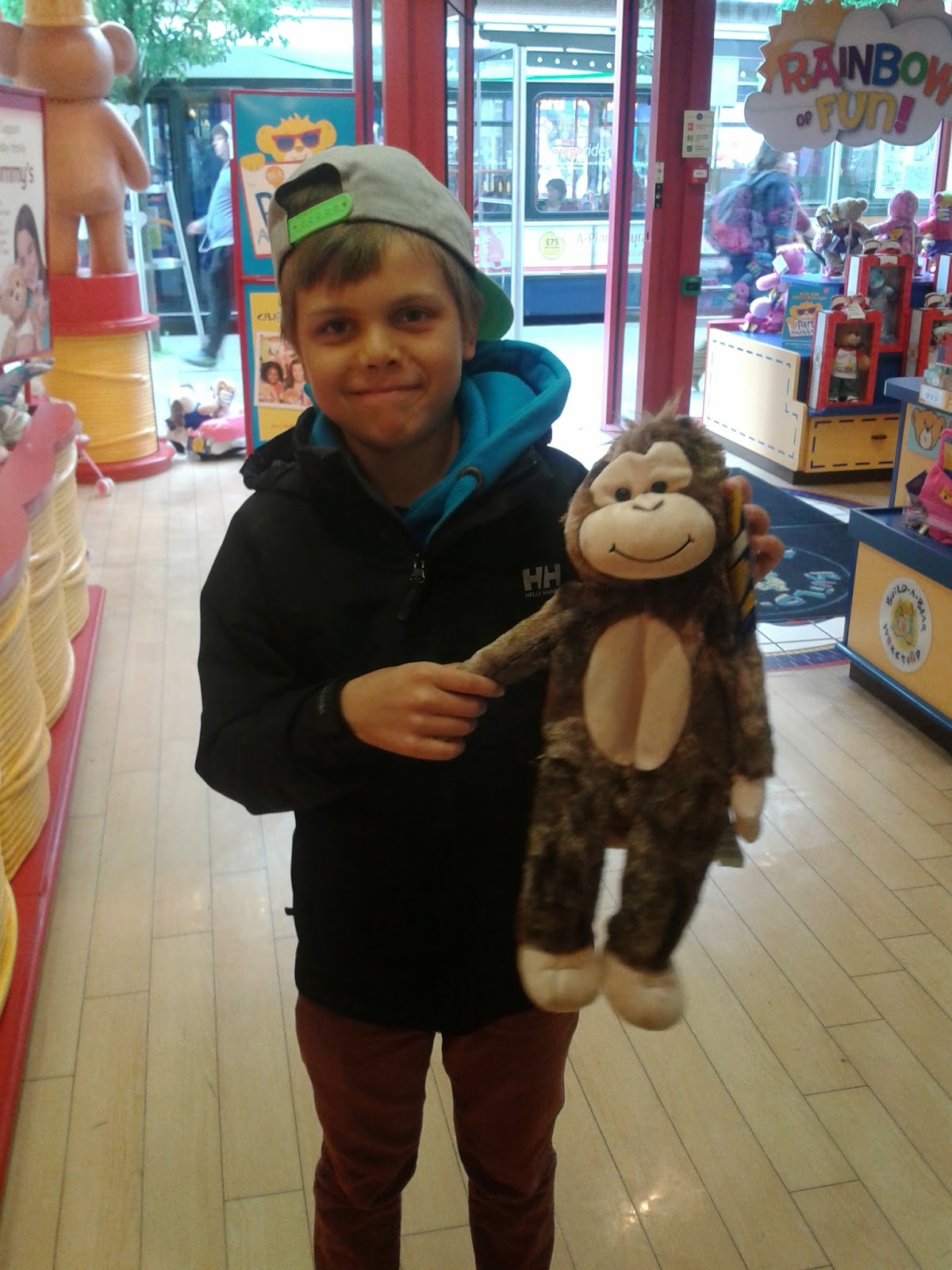 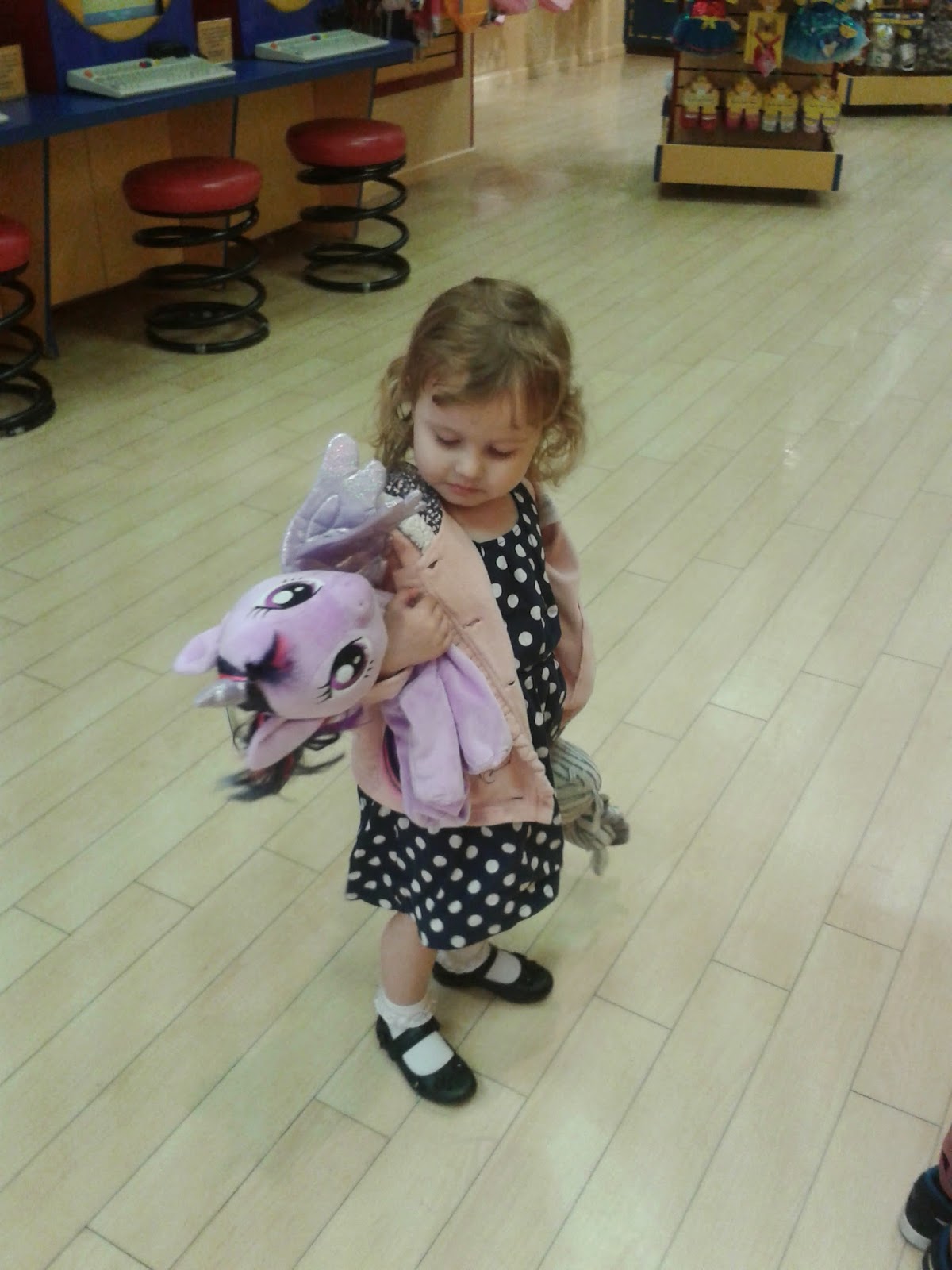 Next was the sound board, where they could pink a sound to be placed inside the Monkey and Pony so when it was pressed it would make the noise.﻿ 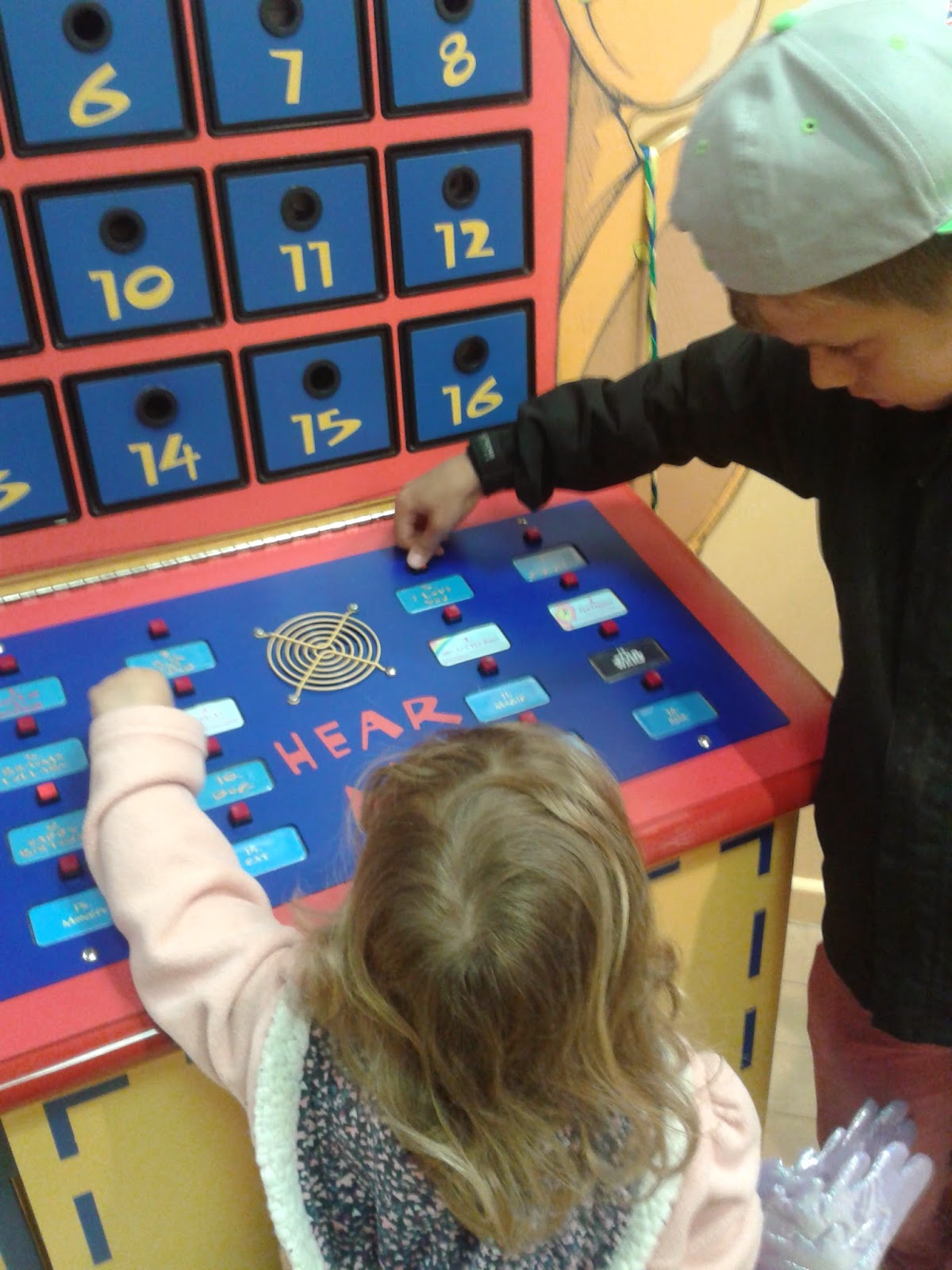 Tommy Chose the Monkey noise and Bethany chose the My Little Pony theme song.
Next was the exciting part of stuffing the animals they had chosen.
(Bethany was a little scared of the noise at first as it sounded similar to a hand dryer, and for some reason she's afraid of hand dryers!) 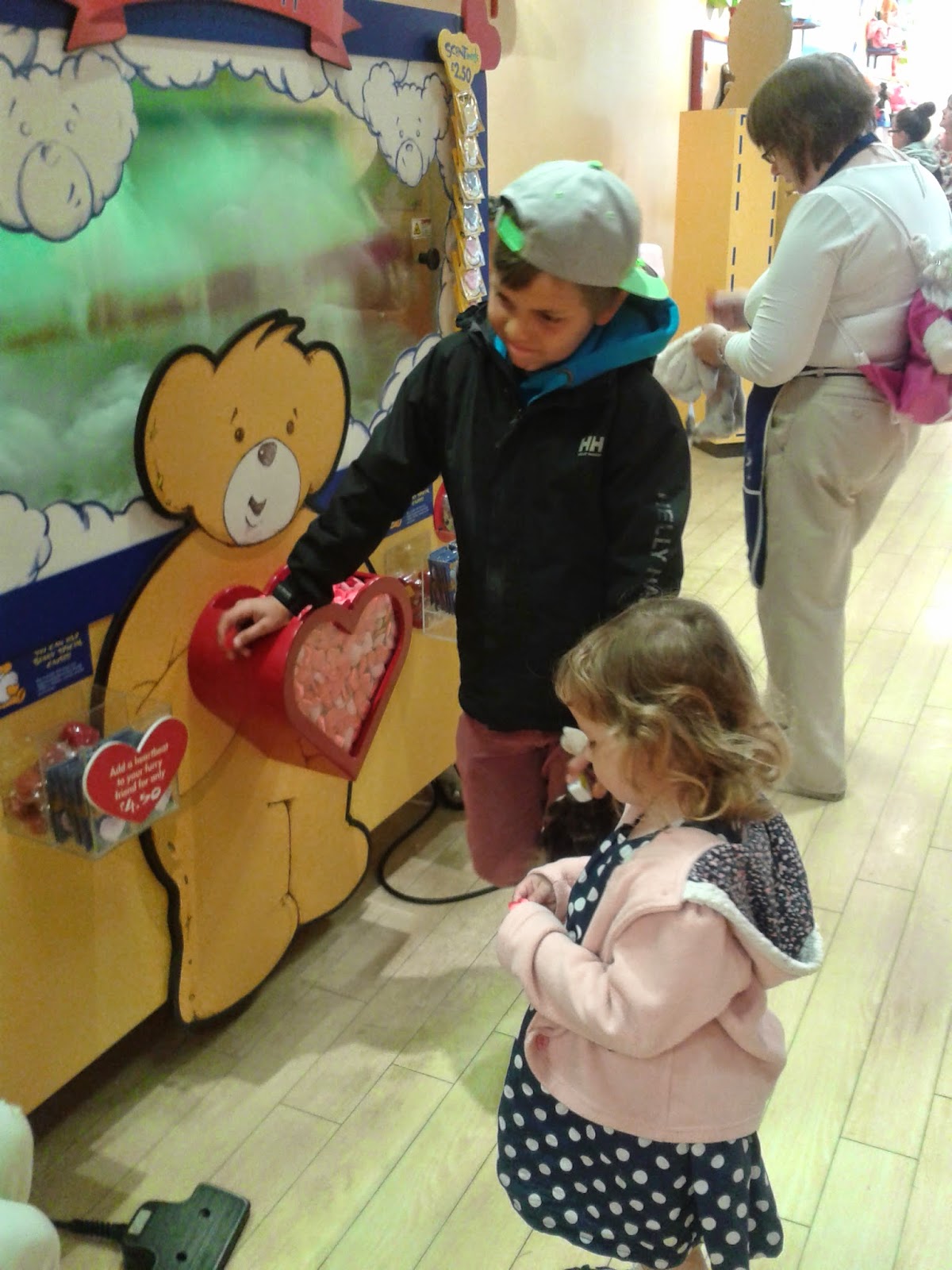 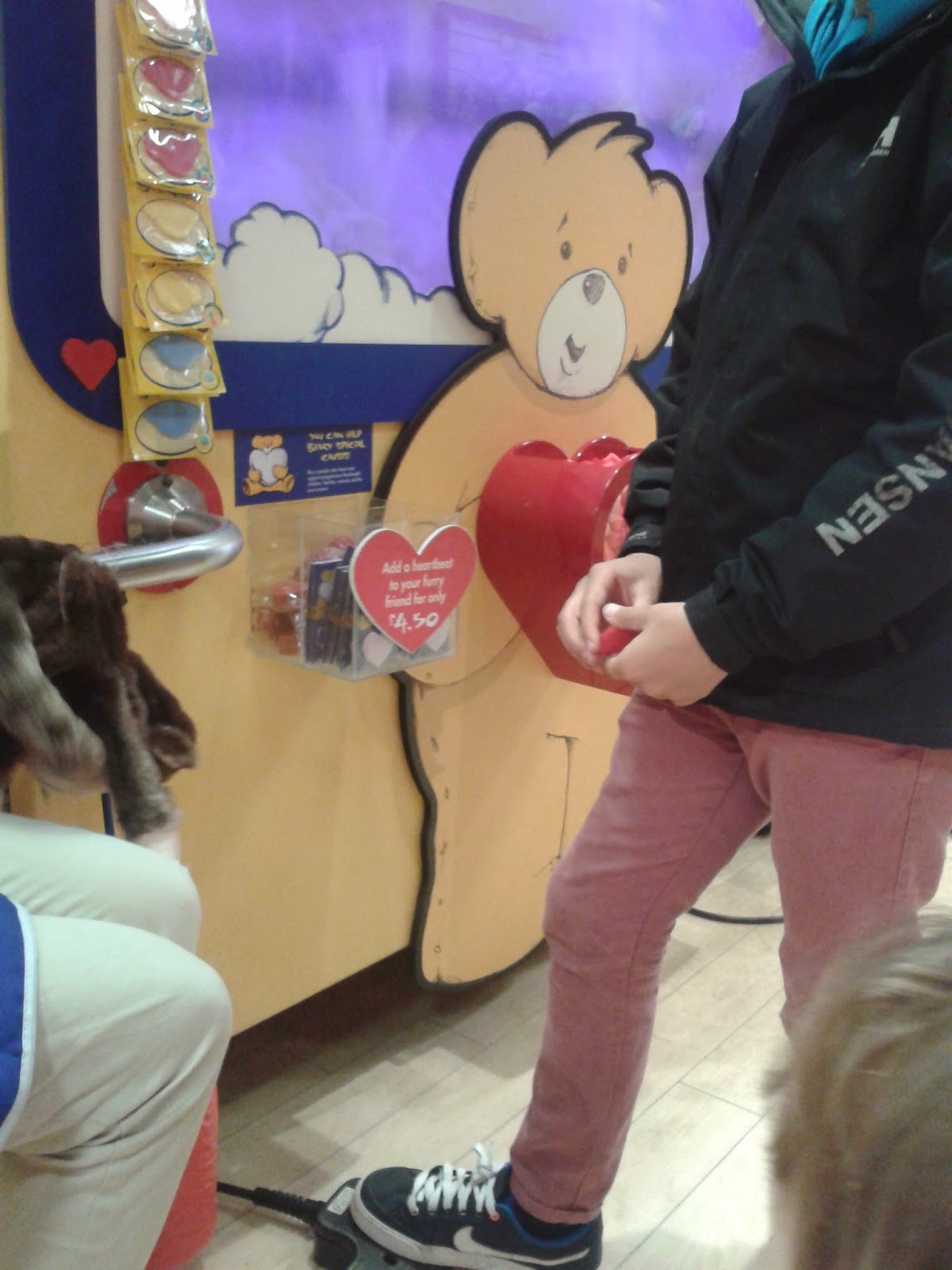 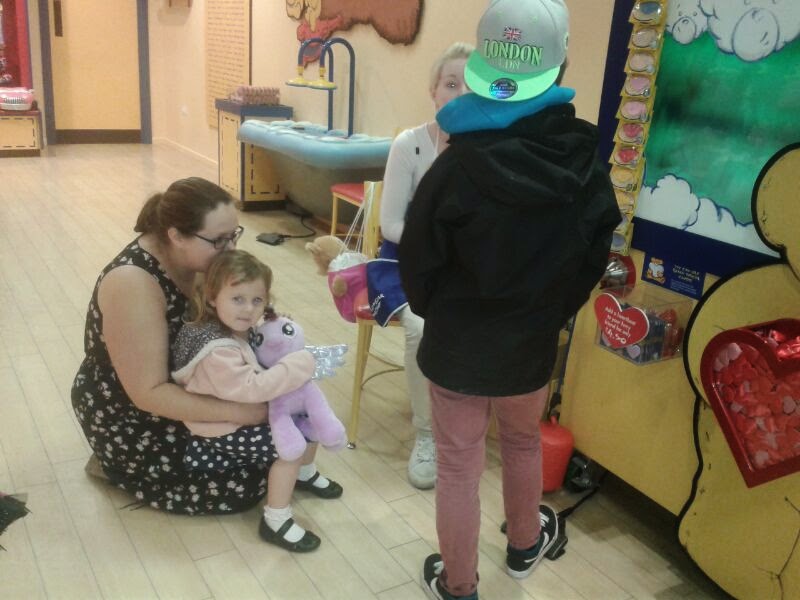 For this part of the great Build-A-Bear process Tommy had to press the pedal of the stuffing machine with his foot, while Starla filled the monkey with the stuffing.
When the stuffing was nearly complete, Bethany and Tommy were asked to pick a heart and make a wish, give it a kiss, then place it inside their Monkey and Pony.
There were several hearts to choose from, they could have had a scented heart or a beating heart, but they went for the plain heart.
After the heart was put in, they also had the small barcode on their tag put in too! This is so that if they lose their Pony/Monkey, once registered they can be taken into any build a bear store and be traced straight back to Tommy and Bethany by scanning the barcode. 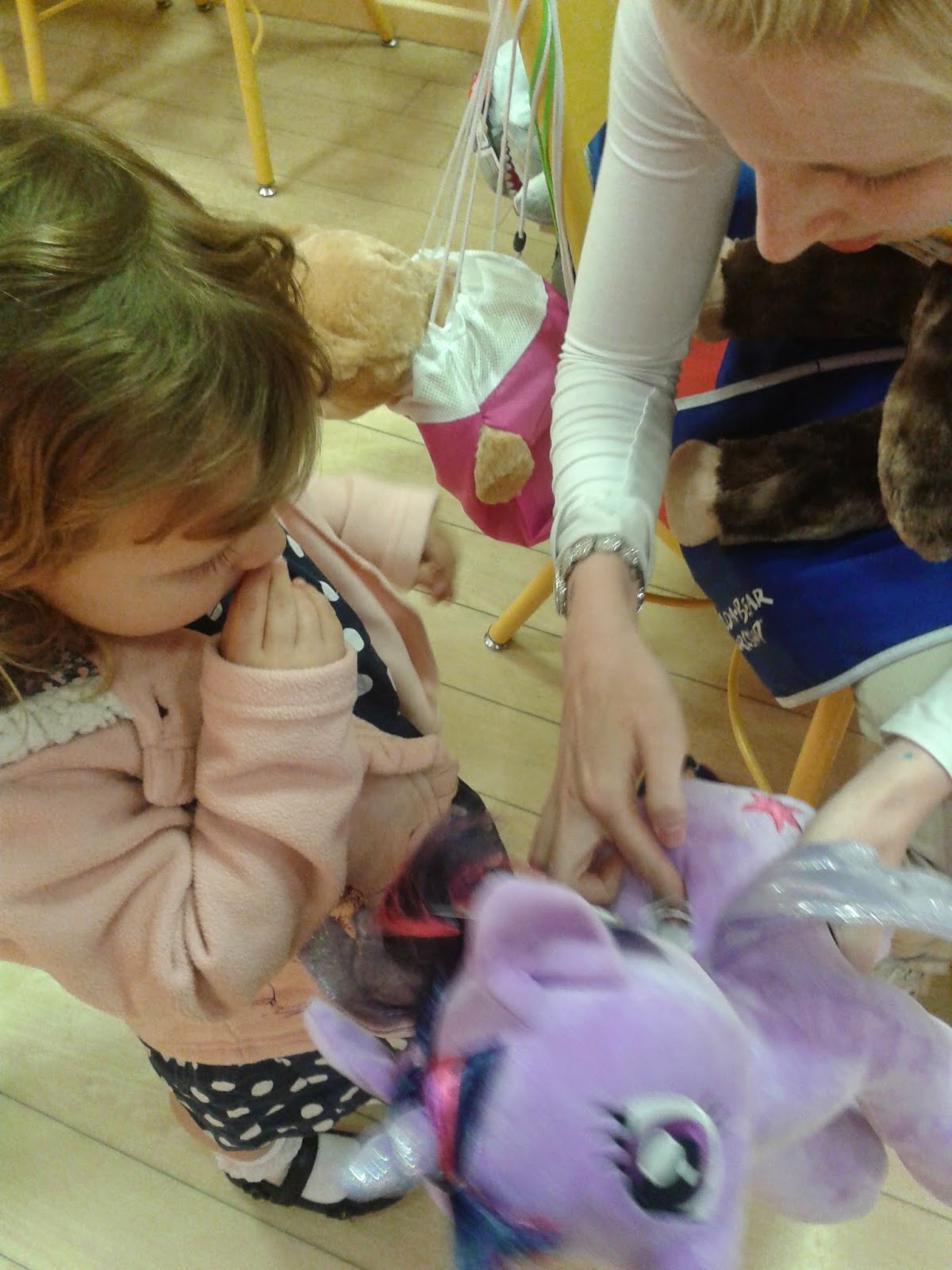 After the heart was placed inside the now stuffed animals, Starla stitched them up and they were ready for their fluffing.
Next was the fluffing station, where Bethany brushed her pony and fluffed her up making her look pretty. 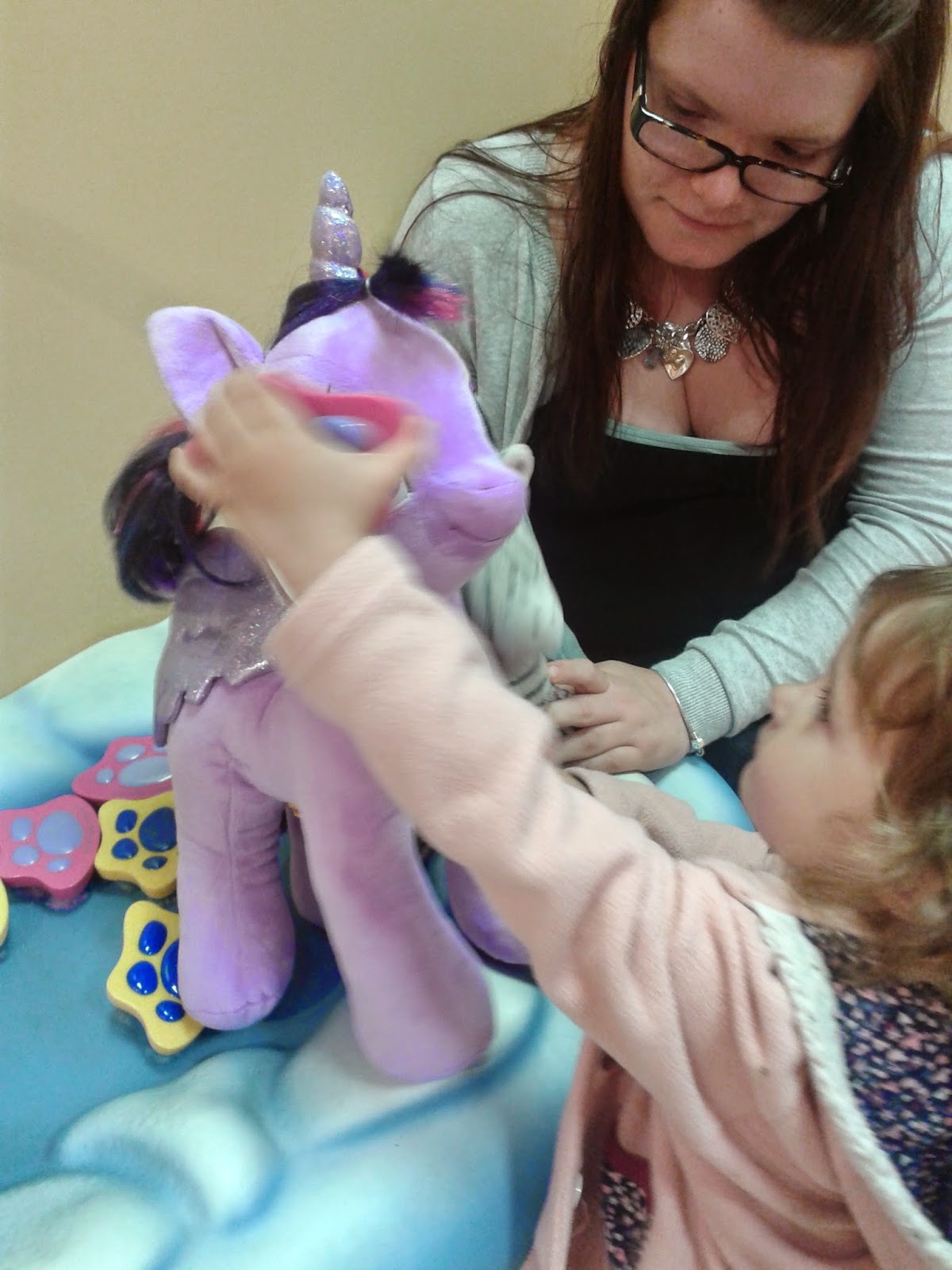 After the fluffing station it was time to pick an outfit for their Build-A-Bear characters. 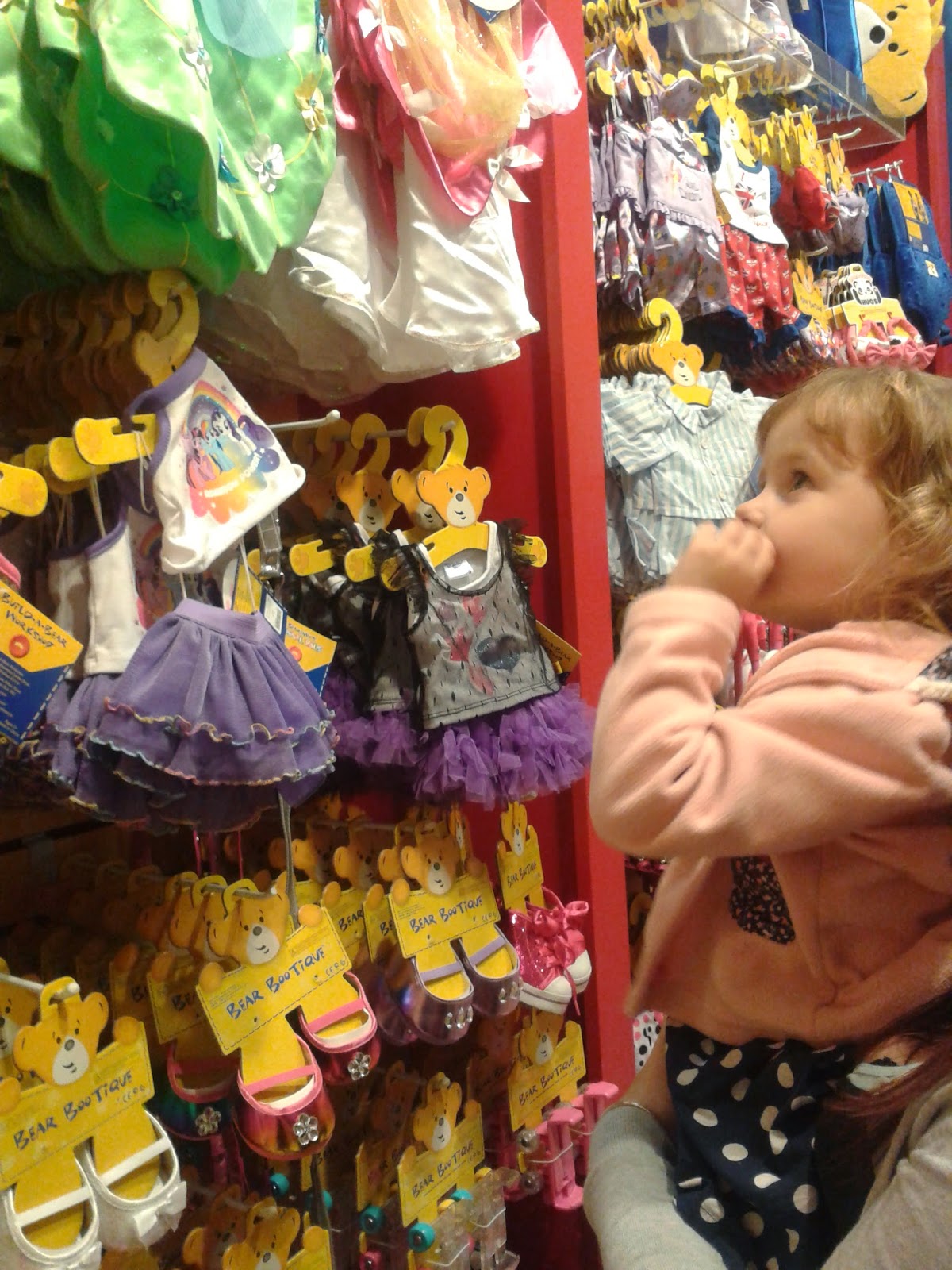 There were so many things to choose from! Capes, Shoes, Tops, Dresses, Sunglasses, Roller Skates, Superhero outfits, Princess outfits, and many many more!
Bethany chose a Beautiful cape and necklace for her Pony, along with some beautiful hairbands to plait the Ponies hair. 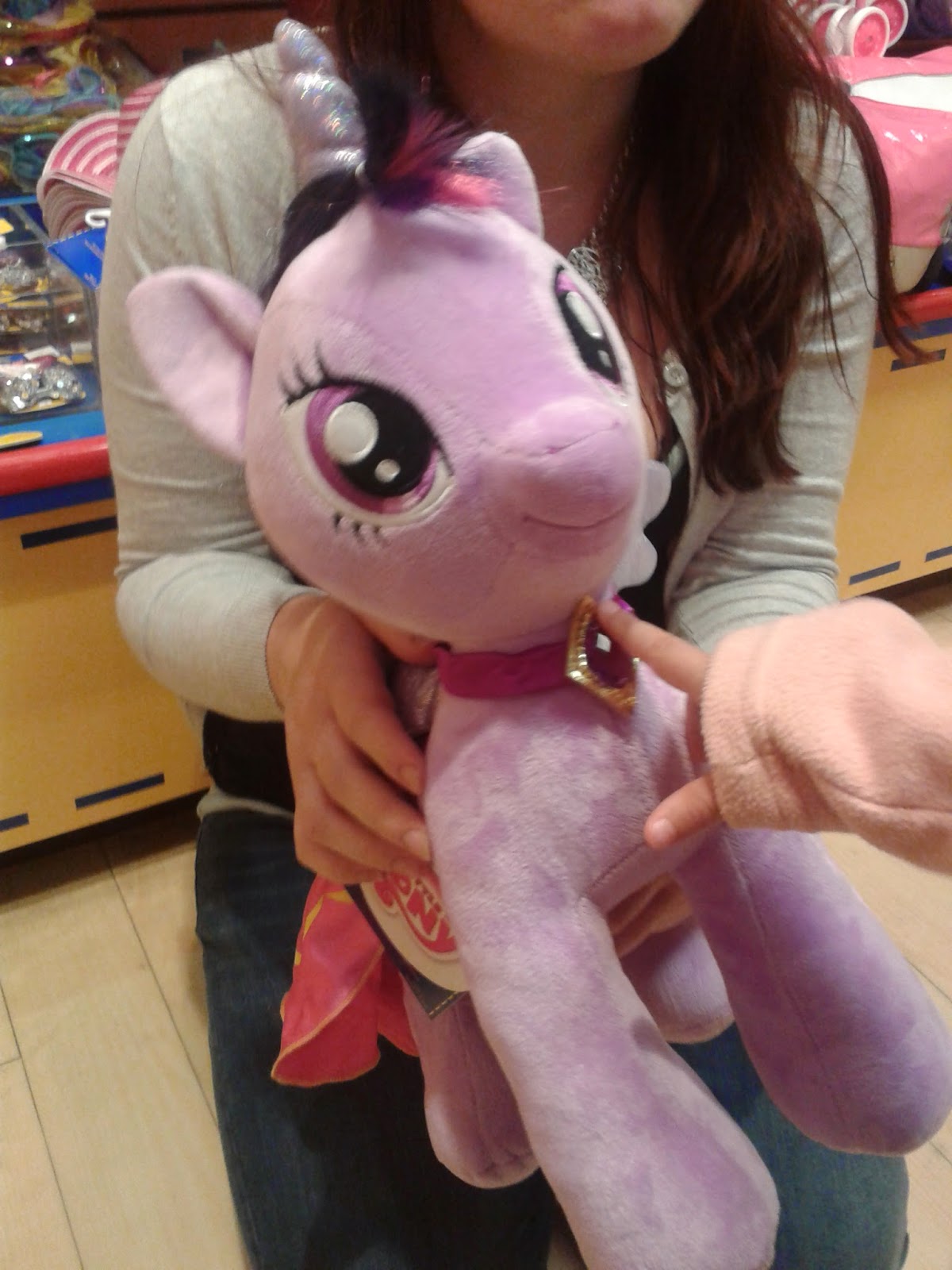 Tommy Chose a Tux for his Monkey, and some sunglasses and shoes. 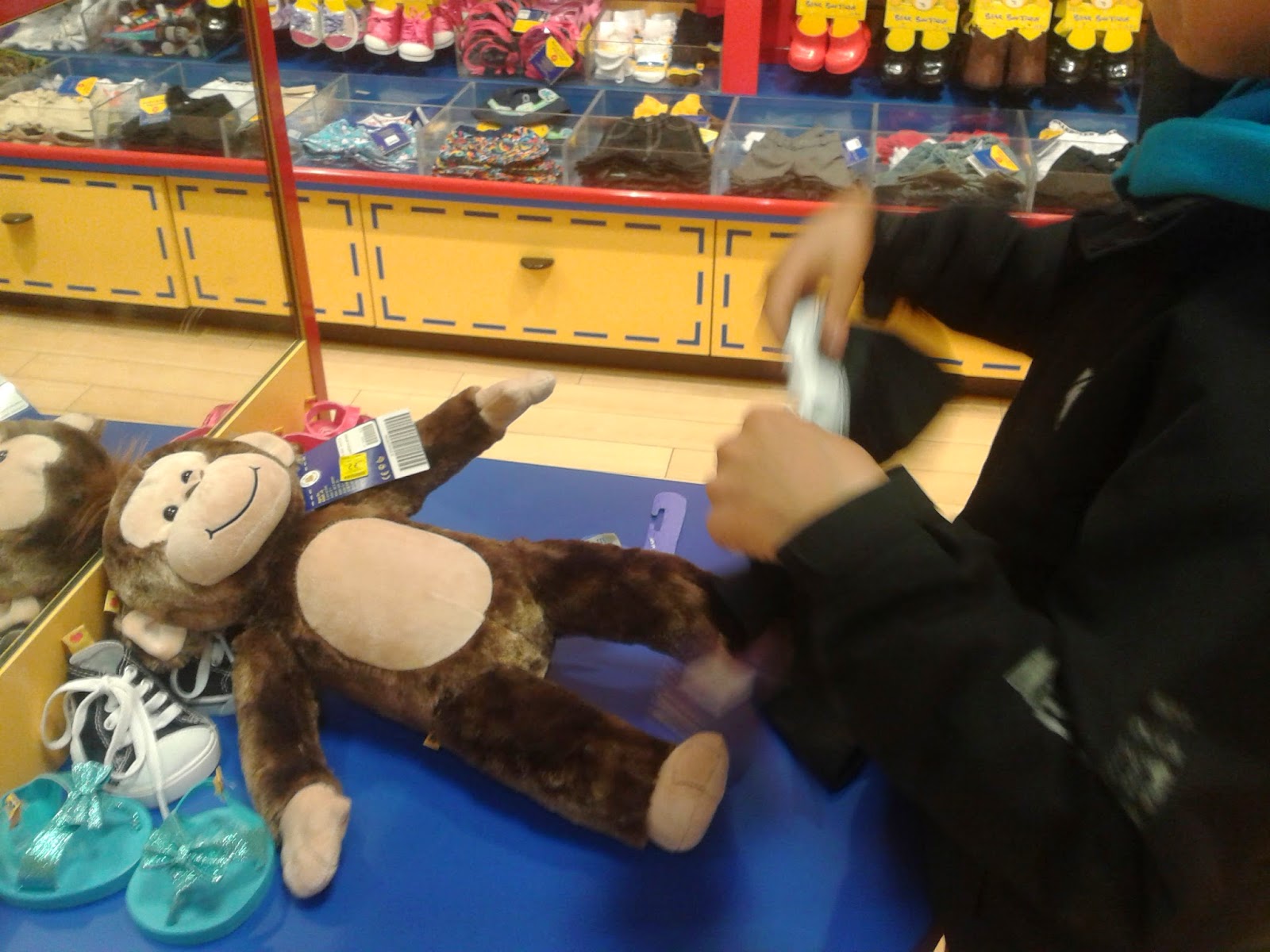 Tommy dressed his Monkey at the dressing station! 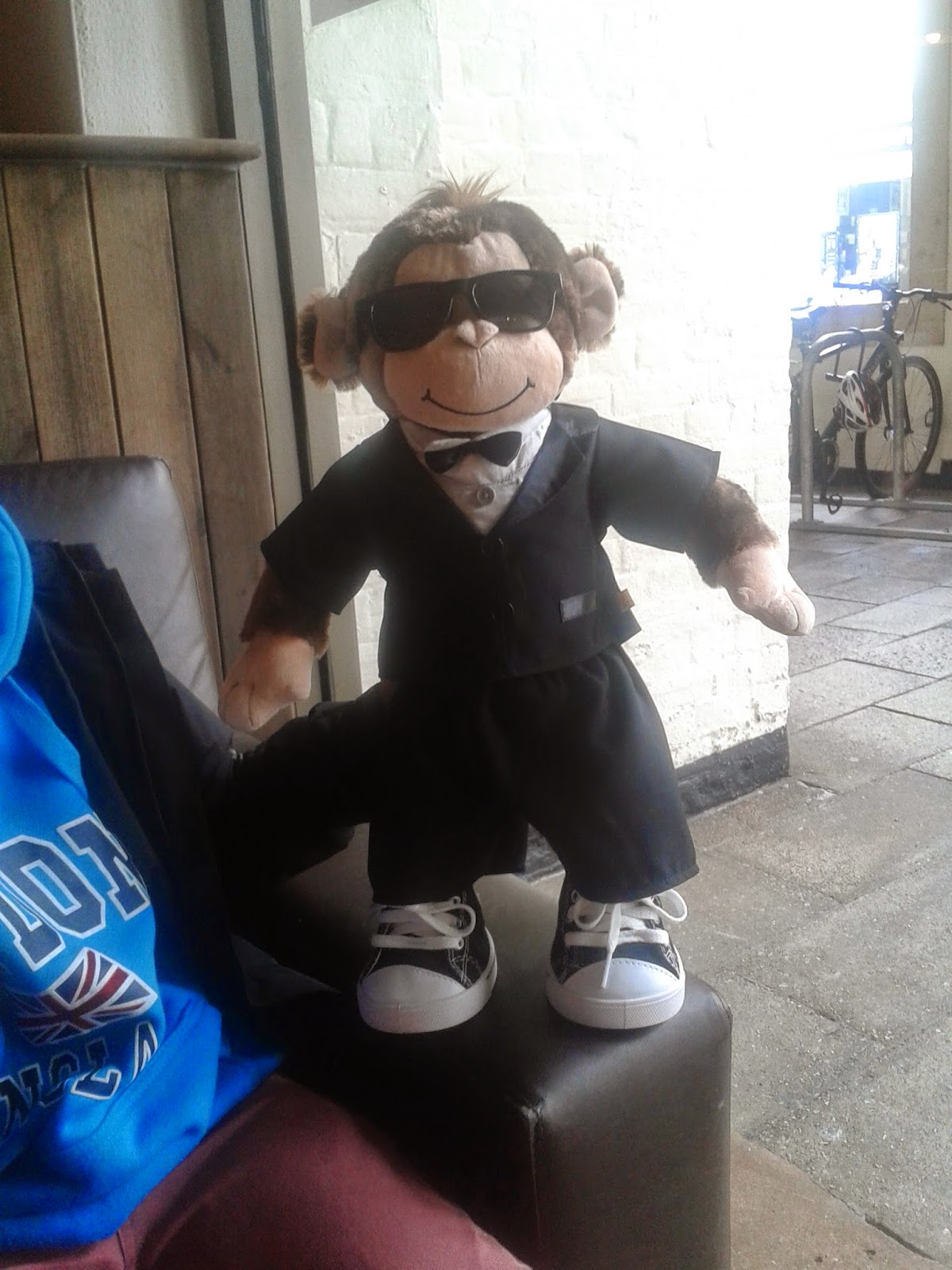 After the Animals were dressed, it was time to write up their certificates, this is to register the pets so that if they get lost they can be traced back to their owner, which is such a fantastic idea. 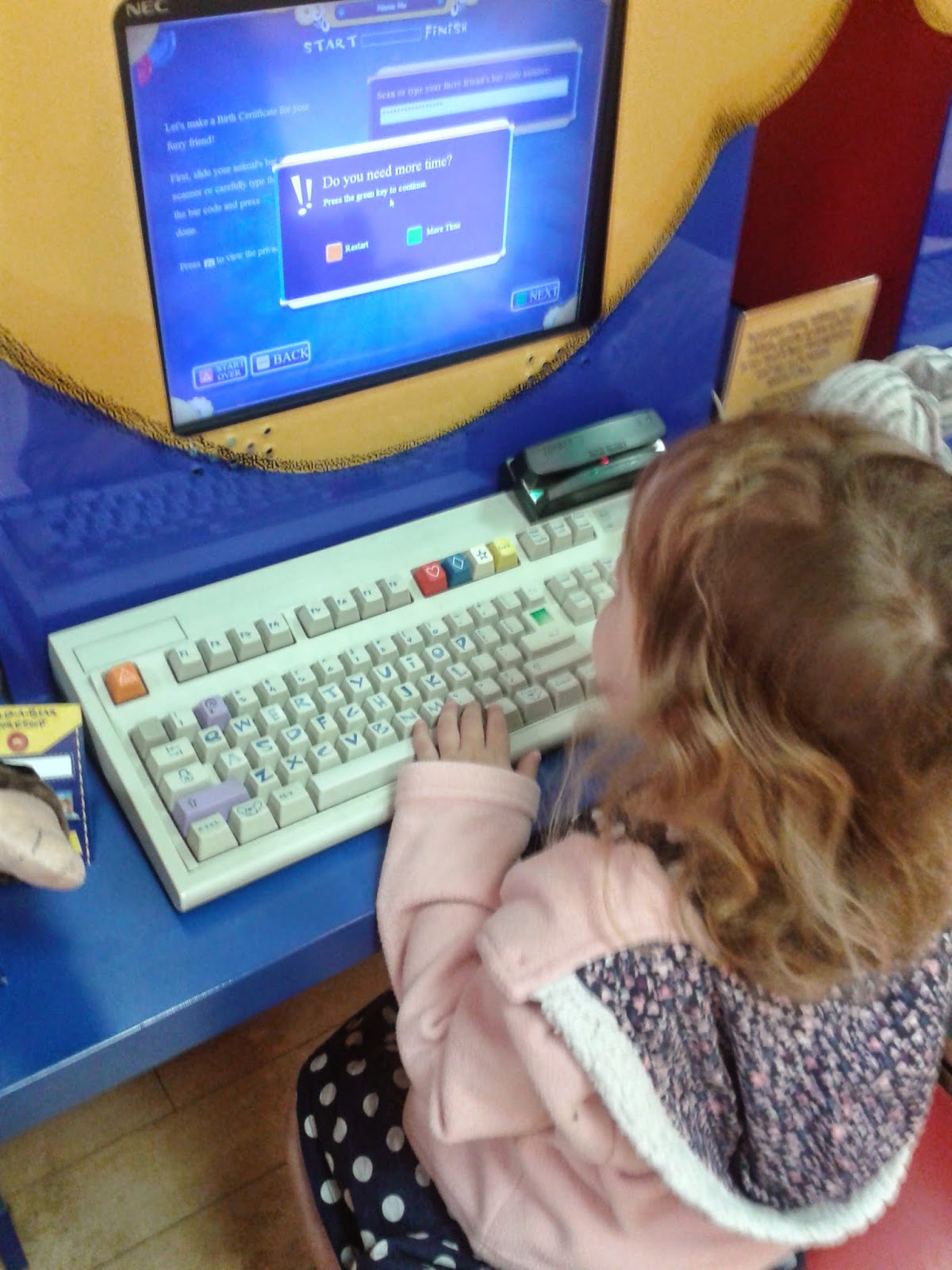 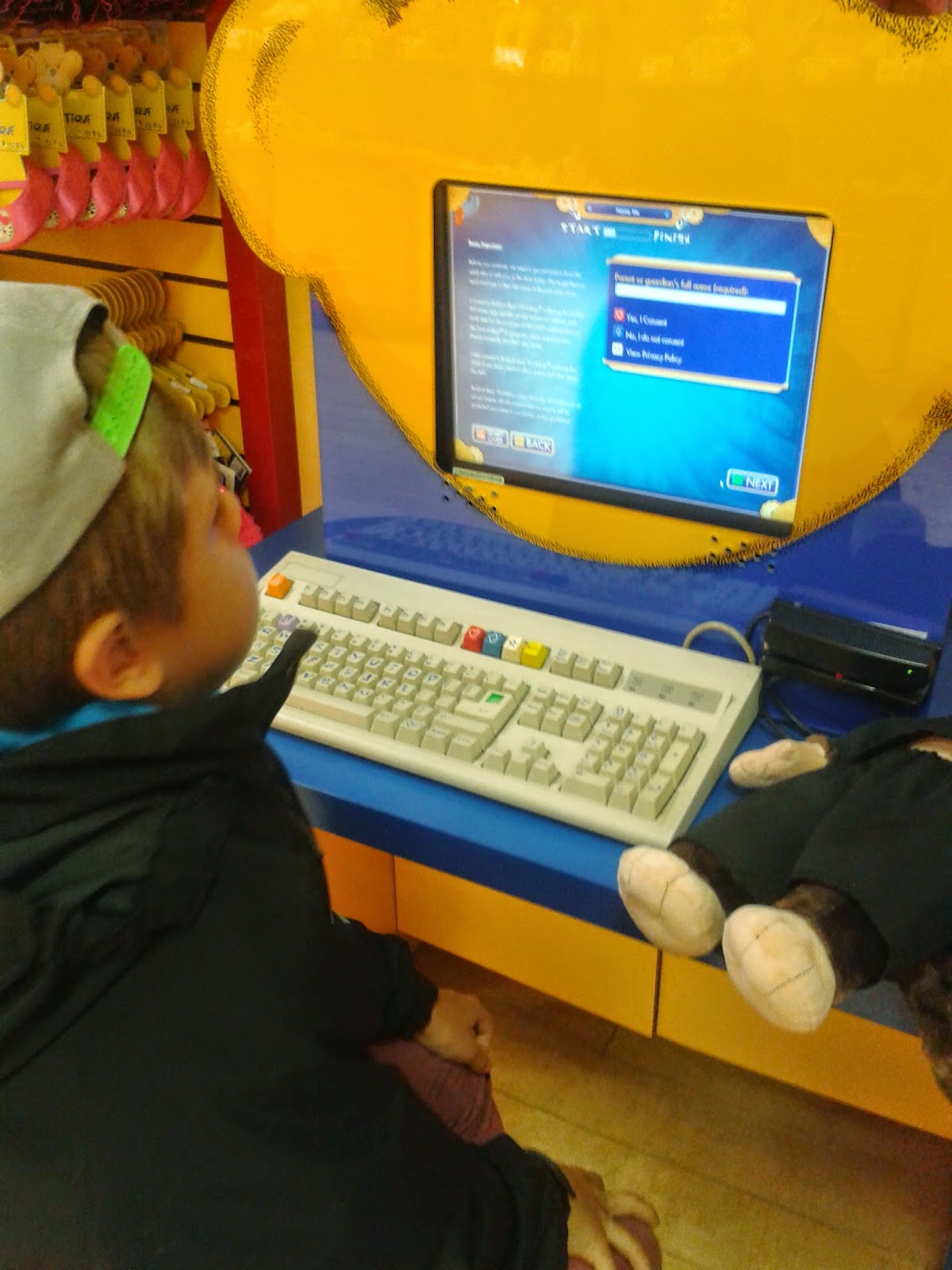 To register their lovely creations they had to pick names, Tommy named his Monkey Morgan, and Bethany name her Pony - Pony!!!
Once they were registered it was time for Pony and Morgan to be put in their carry boxes to be taken to their new home and be loved forever. 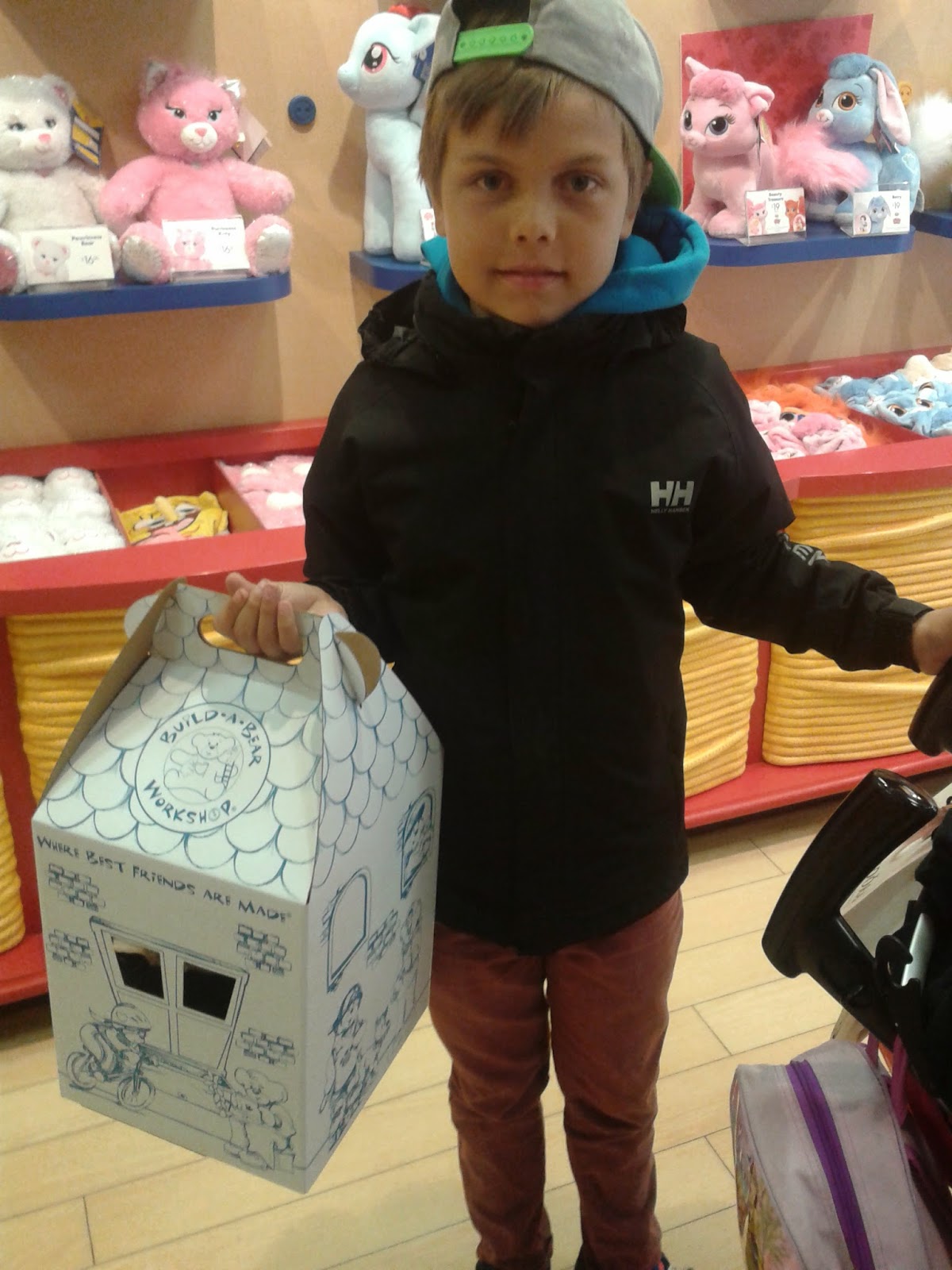 Tommy and Bethany had such a fantastic time at Build-A-Bear, they loved every minute of it, and everyone was extremely friendly and incredibly helpful.
Bethany now takes Pony where ever she can, she absolutely loves her.
The Build-A-Bear experience was so much fun, you can also have birthday parties their too!
My Little Pony RRP £19. Monkey RRP: £16.50.
You can find out more about Build-A-Bear here.
Please Follow my blog with Bloglovin if you enjoy reading my posts.

Disclaimer: We were asked to visit Build-A-Bear for free, but have received no other form of compensation to provide this review. All opinions are my own.
Posted by Beth Bear at 11:00