Sound the Octo Alert...
Octonauts and the deep sea volcano adventure is a brand new stage show from the producers of Peppa Pig Live. 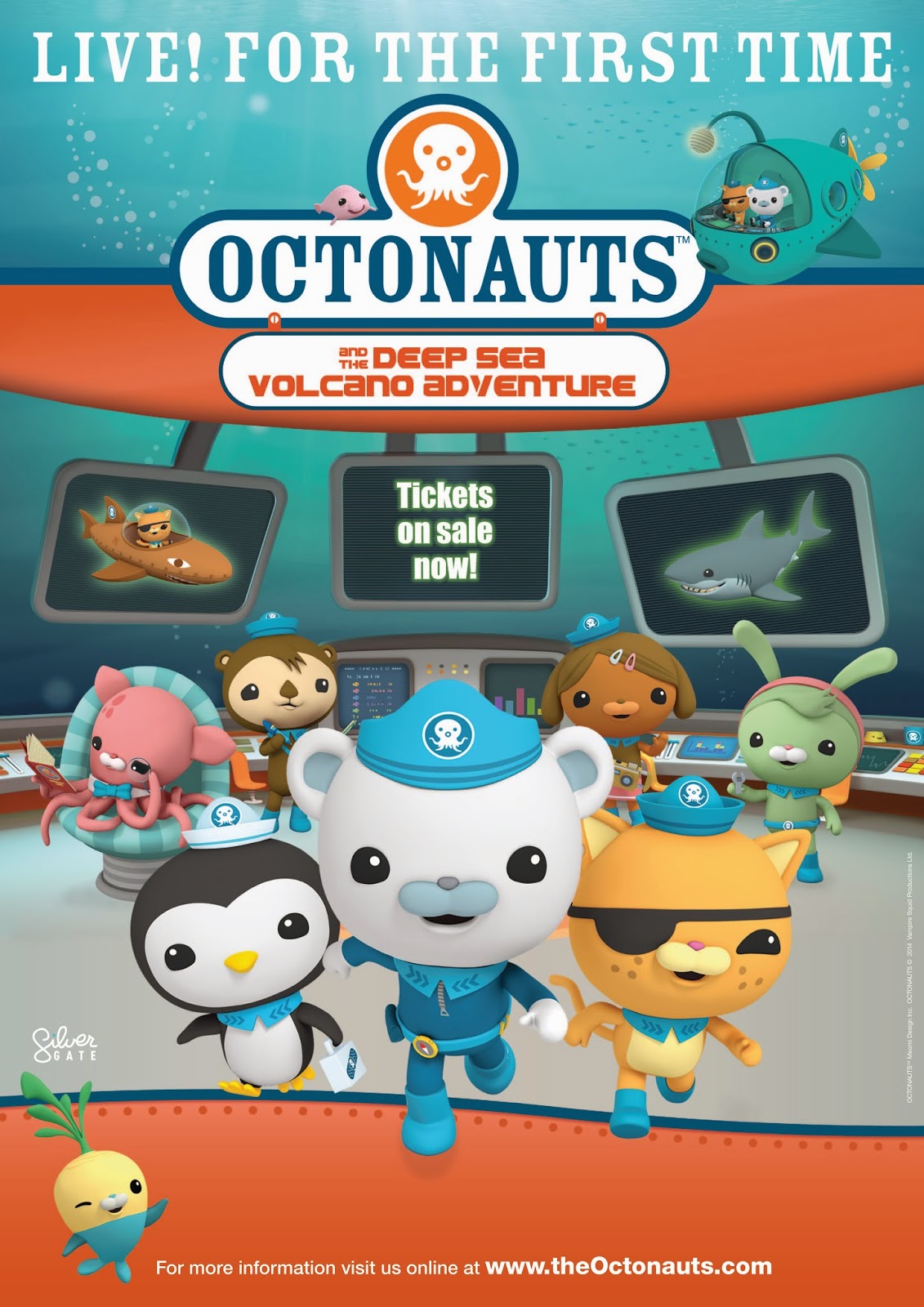 Top-selling children’s stage show producers Fiery Light today announce a brand new full-length theatre adventure for children, Octonauts and the Deep Sea Volcano Adventure. Based on the popular CBeebies’ TV show, Octonauts, this exciting new production opens at The Orchard Theatre, Dartford, on Thursday 16 October and tours into 2015.
In Octonauts and the Deep Sea Volcano Adventure the entire crew of the Octonauts, led by intrepid explorer Captain Barnacles, Lieutenant Kwazii and Medic Peso, embark on an exciting new underwater quest and visit amazing underwater worlds full of adventure, with surprises around every corner. This action-packed interactive show features new music (from BAFTA-award winning composer Mani Svavarsson) and all the Octonauts live on stage for the very first time.
Richard Lewis adapts and directs this new production for the stage. He also adapted and directed the hugely popular three Peppa Pig stage shows and last year’s Ben & Holly’s Little Kingdom tour. Matt Lewis is lyricist, Simon Scullion is designer, Matt Haskins is lighting designer and Ian Horrocks Taylor is sound designer.
Octonauts and the Deep Sea Volcano Adventure is produced by live children’s show supremos Fiery Light (joint venture by Fiery Angel and Limelight Productions), the team also behind the recent tours of the three successful Peppa Pig stage shows. Their most recent – Peppa Pig’s Big Splash - is currently on tour. It has broken box office records for a pre-school show and will return to the West End for fifth consecutive Christmas season at the Criterion Theatre this year. Other Fiery Light productions include the recent tour of Ben and Holly’s Little Kingdom, LazyTown Live! and Roald Dahl’s The BFG.
Director/adapter Richard Lewis said: ‘Octonauts is all about adventure and exploration which offers up a whole host of possibilities in a live environment. From the colourful characters and fantastic underwater setting to the amazing octopod where the Octonauts live, there’s great scope for a really unique, interactive theatre experience. We can’t wait to take fans on an adventure like never before.’
you can view a few pictures from the recent dress rehearsals by clicking here.
For tour information and to see where the Octonauts will be touring check out their website.
Competition
For your chance to win a Family ticket to see The Octonauts and the deep sea volcano adventure at your nearest venue, enter via the rafflecopter below.
a Rafflecopter giveaway
Terms and Conditions
A family ticket is for four people, minimum one adult. The tickets are non-transferable. There are no cash alternatives, accommodation or travel included in this prize.
Winner will pick which venue they want to see Octonauts Live! - subject to availability.
Competition ends 15th October 2014, and the winner will be chosen via Rafflecopter.
The winner will be announced here on the competition page and on social media.
Please Follow my blog with Bloglovin if you enjoy reading my posts.
Posted by Beth Bear at 16:30